Honoring Nurses Throughout the Years

Posted by Maggie Bidwell, Public Relations Specialist on May 6, 2021

In honor of Nurses Week 2021, SALMON Health and Retirement is celebrating several Residents who were formerly nurses. These Residents have shared their remarkable nursing experiences and accomplishments as well as their perception of the nursing industry today.

In part one of Honoring Nurses Throughout the Years, Residents of Beaumont at Worcester, Louise Gauvin, Sarah Joyce Dolan, Antoinette Smith, Margaret Angus, and Jessie (Caldwell) Keenan reflect on their long nursing careers. 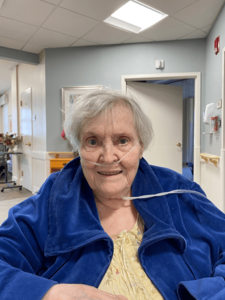 Louise had wanted to be a nurse her entire life; her mother recalled the time Louise pointed to a nursing uniform in a store at two years old, declaring that was what she wanted to be when she grew up. Caring for others came naturally for Louise; she took care of her baby dolls as a child and her siblings as she grew older. She attended a three-year nursing program at Burbank Hospital in Fitchburg and graduated in 1970. After graduation, Louise worked as a visiting nurse for the Worcester VNA where she cared for patients in their homes. After 15 years as a visiting nurse, Louise brought her skills to the emergency room at Saint Vincent Hospital. Louise loved it; she always had “something to do and someone to help.” After 15 years at Saint Vincent, Louise made the selfless decision to leave her job to care for her mother. Following her mother’s passing, Louise “found purpose again” working at Saint Francis Nursing Home. When asked what she loved most about being a nurse, Louise says, “In addition to helping others, I loved to meet and get to know many people from different backgrounds.” As a Resident at Beaumont, Louise is impressed with new technologies in the field, but thinks the paperwork is too overwhelming!

Sarah Joyce (Linton) Dolan was influenced by her father, a medical doctor, to become a nurse. She remembers watching him leave to take house calls in the 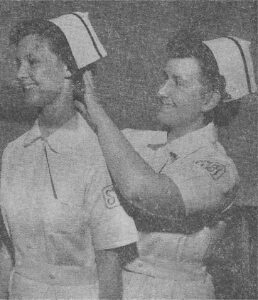 middle of the night, willing to help patients no matter the time, the weather conditions, or how he himself was feeling. Joyce “admired his dedication to his patients and profession.” Inspired by her father and her strong faith, Joyce attended a three-year nursing program at Saint Vincent Hospital in Worcester and graduated in 1953. After graduation, Joyce held several different nursing positions including school nurse for an elementary school, psychiatric nursing in Massachusetts, Florida, and Rhode Island, as well as nurse at a residential boys’ rehabilitation school. Psychiatric nursing was Joyce’s favorite; she adds, “psychology is wonderful because it truly involves understanding people as human beings.” During her time as a psychiatric nurse, many people were “ignorant” of the importance of mental health, but Joyce was patient and worked hard to understand each individual, their problems, and needs. While it was difficult and draining at times, Joyce’s personal faith gave her the strength to help. Now, Joyce is very impressed by the new technologies and level of care she receives in her home at Beaumont at Worcester. 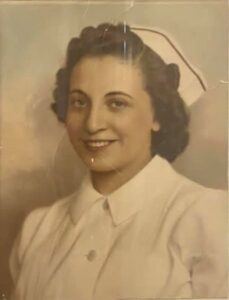 Antoinette Smith was inspired to become a nurse in high school after working for the first female doctor to graduate from Tufts Medical School. In this position, Antoinette worked at the doctor’s office and coordinated patient phone calls, and helped them to examination rooms; she loved being around the patients. Shortly after, she attended nursing school at Worcester City Hospital in 1938, and after graduation, became a full-time nurse at the hospital. On her first day of work, 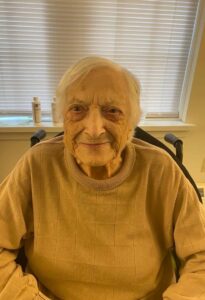 there was a storm and power outage, and Antoinette remembers carrying candles down the hallway and from room to room to care for patients; from then on, she knew she could “handle any problem, large or small.” Antoinette became very well-known at the hospital for her vast knowledge in many areas. She loved working in the emergency room the most and knew the hospital “inside and out.” Antoinette adds, “I could’ve run the hospital if I wanted to!” Despite her knowledge and dedication, Antoinette was “just a woman in a field dominated by men.” Antoinette worked as a nurse for 39 years. Now, she is very happy to see more women in the medical field and encourages women to work anywhere they want to.

Margaret Angus always knew she wanted to pursue a profession where she could “do good and make a difference.” Her aspirations led her to become a Certified Nursing Assistant (CNA). Margaret remembers walking in the door at The Greenery, a nursing home in Worcester, and filling out an application. She was offered the position and learned more and more as she worked. Margaret also worked at Holy Trinity Nursing and Rehabilitation Center. She continued working in skilled nursing communities for many years, touching the lives of hundreds of residents and often becoming like family to many of them. Margaret loved “getting to know each and every patient as an individual.” Now, Margaret is very impressed with new technologies that nursing staff can utilize! 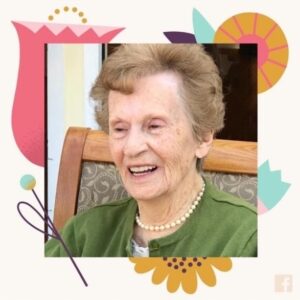 Jessie (Caldwell) Keenan became a natural caregiver as a child, the oldest of three siblings. She grew up working hard on her family’s farm tending livestock and vegetables in New Brunswick, Canada, and spending summers in Massachusetts babysitting for cousins and other children while their parents were at work. She met her future husband in Toronto, Ontario, and soon after, the pair moved to Massachusetts in 1954—becoming U.S. citizens in 1964. Jessie’s husband had a lifelong history of cardiac issues, starting with rheumatic fever as a child, and his first heart attack in 1952. He had three open heart surgeries throughout his lifetime, and Jessie helped him and cared for him through it all—he never even missed a day of work! During this time, Jessie continued to help others; she worked in various doctors’ offices as well as on the medical floor, operating rooms, and maternity ward of Emerson Hospital. Her daughter recalls her working a 3-11 shift and then coming home to make school lunches for her children at midnight. In the 1970s, she attended day and evening classes to establish her nursing career, but her husband’s health continued to decline, and she left to care for him. Although she no longer pursued nursing academically, she continued to work in healthcare for the Town of Acton as a Public Health Nurse, HHA. Patients often requested her because of her exceptional care and attention to detail. She went above and beyond what was expected of her and helped patients with household chores, meals, and more! Jessie was an incredible caregiver and supporter of others.

Department Spotlight: Beaumont at Westborough’s Rehab Team Goes Above and Beyond for Residents and Patients
A CMS Five-Star Rating Can Support Your Skilled Nursing Choices
10 Signs of Stroke to Watch for in Loved Ones
Subscribe

How to Make Friends When You Are Older and Still Active